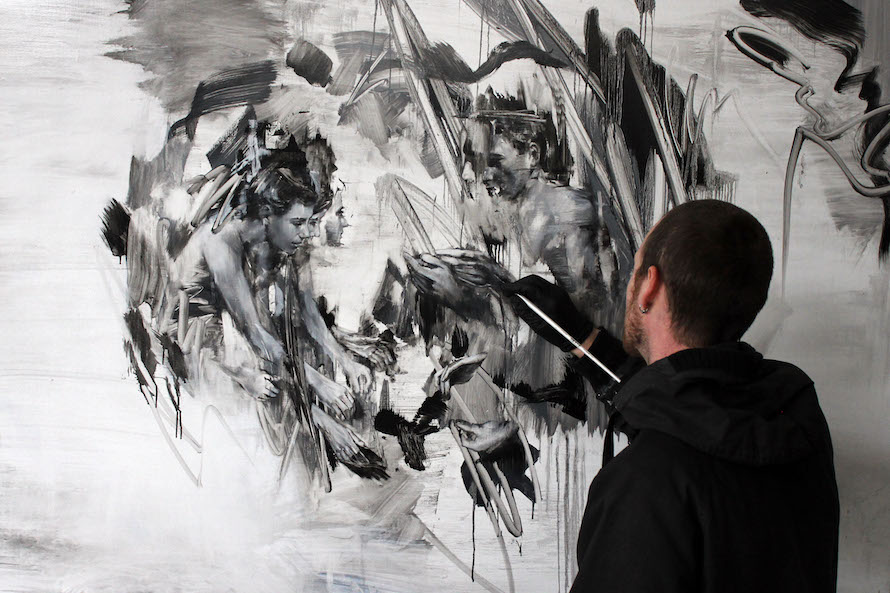 Tom French composes his gorgeously haunting renderings of skulls and faces with raw, rough strokes of ink, paint, and charcoal. At first, each muddling of black and gray appears intentionally messy—the drips, smears, and swoops make the artist’s movements bluntly visible, as if alluding to the twisting turmoil of the human psyche’s somber side.

With a closer look, no composition is as arbitrary as it might seem. In fact, each one disguises several smaller, more precise portraits within its layered shapes. In the eye sockets of a skeleton, you’ll find a pair of male and female faces; in its teeth, you’ll notice their finely detailed hands. These figures hide literally in the shadows, comprising the contours each larger human form.

This technique isn’t intended merely as a trick of aesthetics. The British artist explains, “Each scene is a snapshot of a story, with a dynamic between the characters working on various levels, which ties into the bigger picture; there’s much more to these pieces than illusion alone.” The exquisitely complex works reflect the interplays of the conscious and subconscious mind, informed by philosophical themes related to mortality, reality, and self-perception.

French is represented by Lawrence Alkin Gallery in London. They’ll be taking his work to Miami’s Scope Art Show from November 29 to December 4. 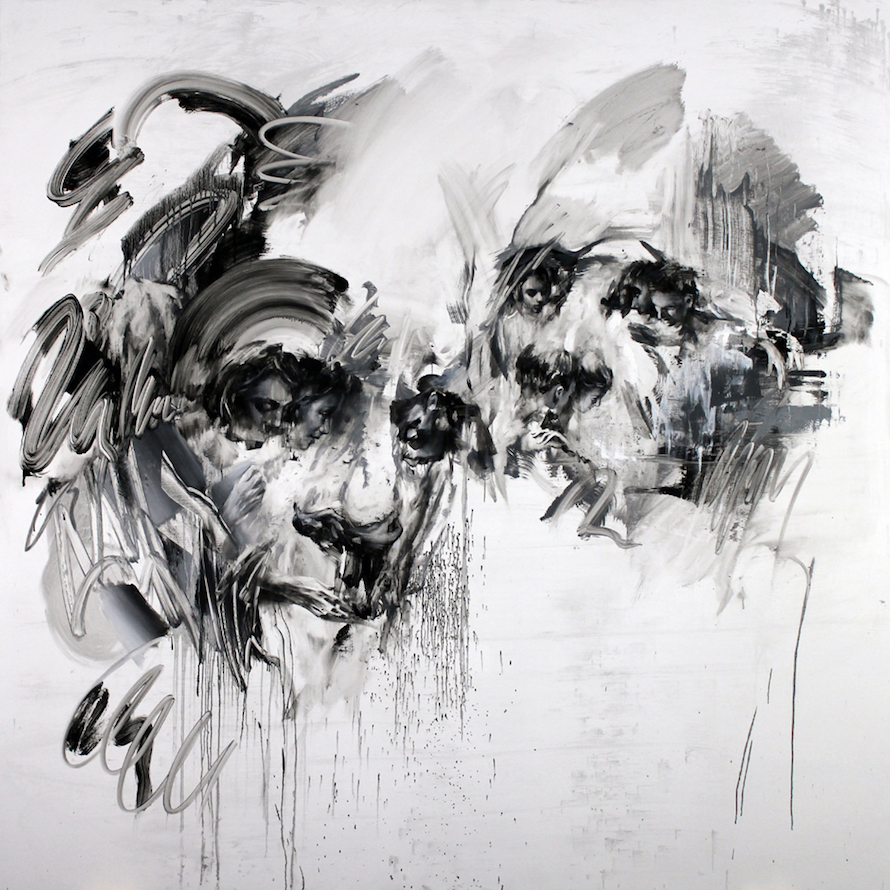 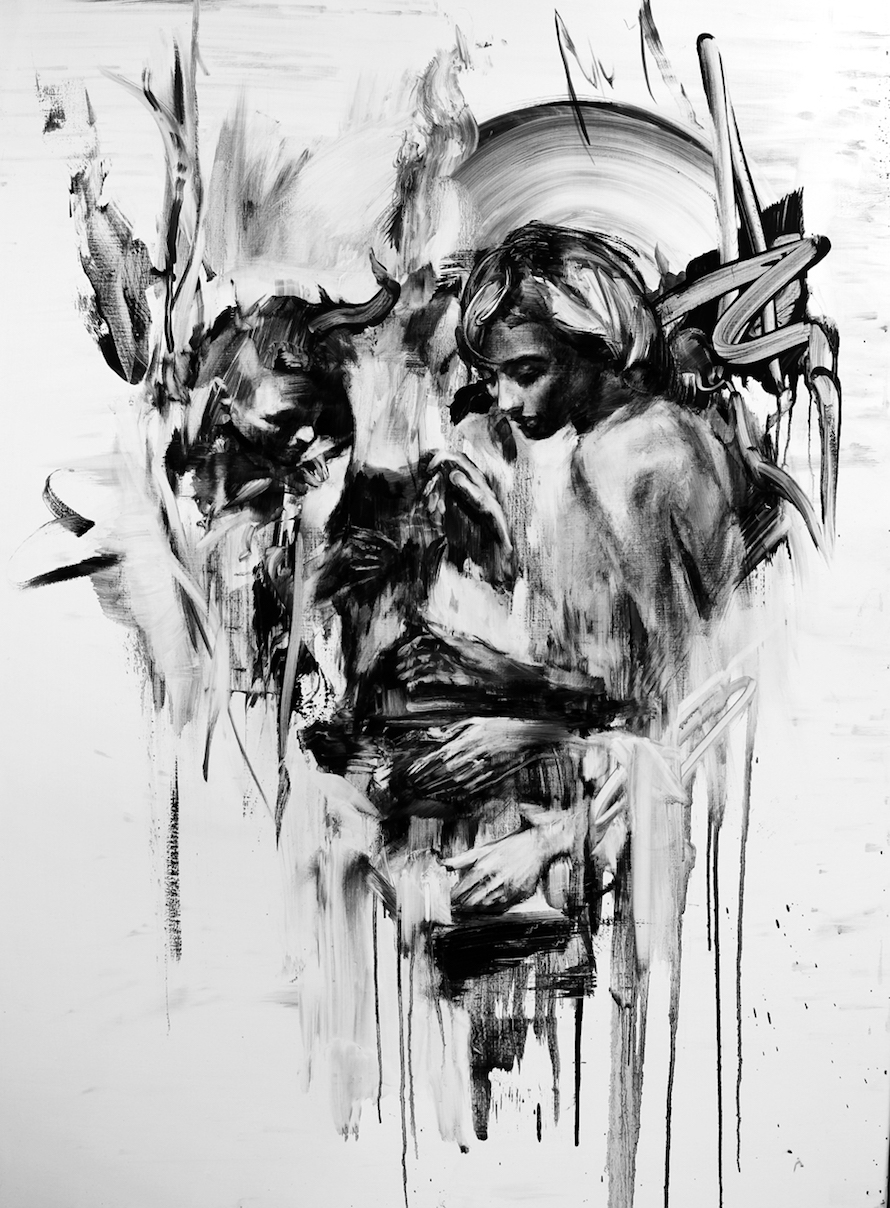 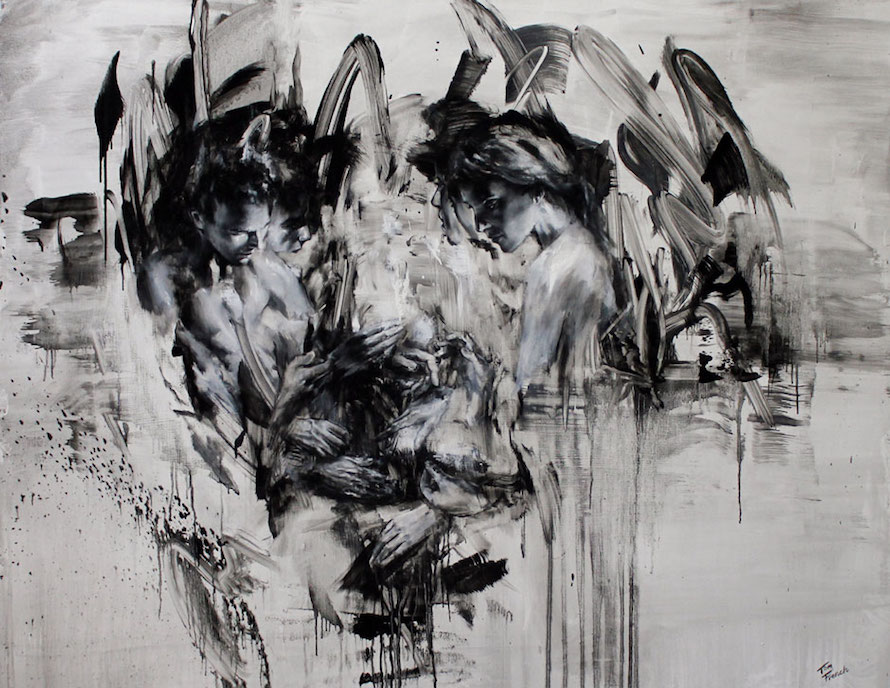 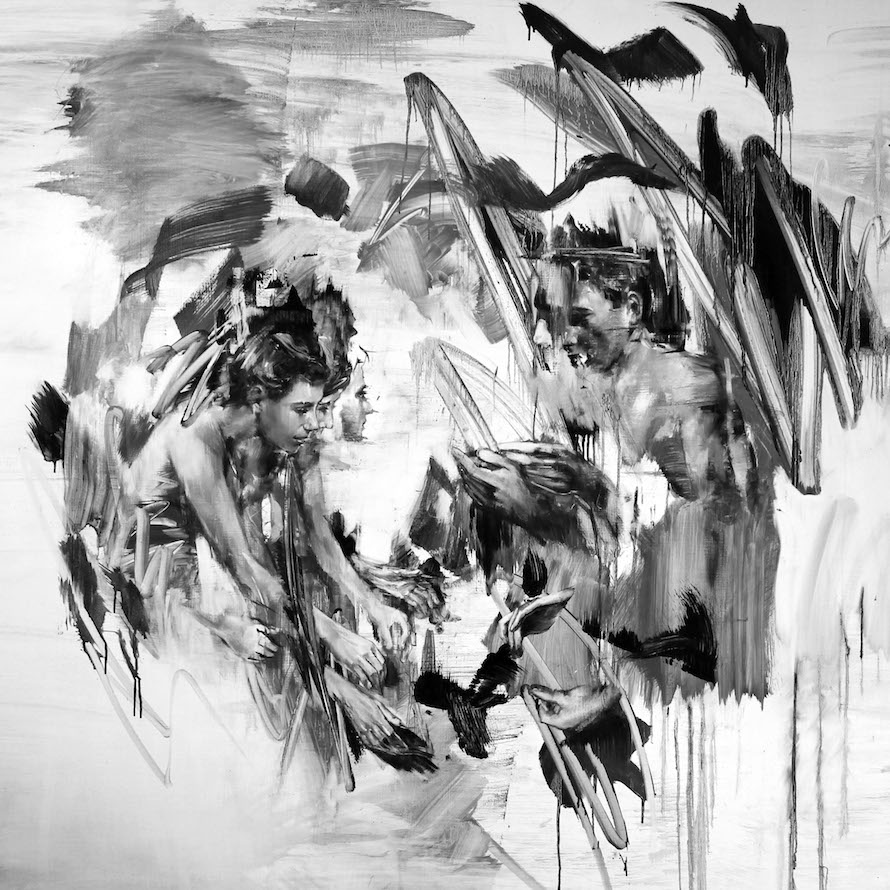 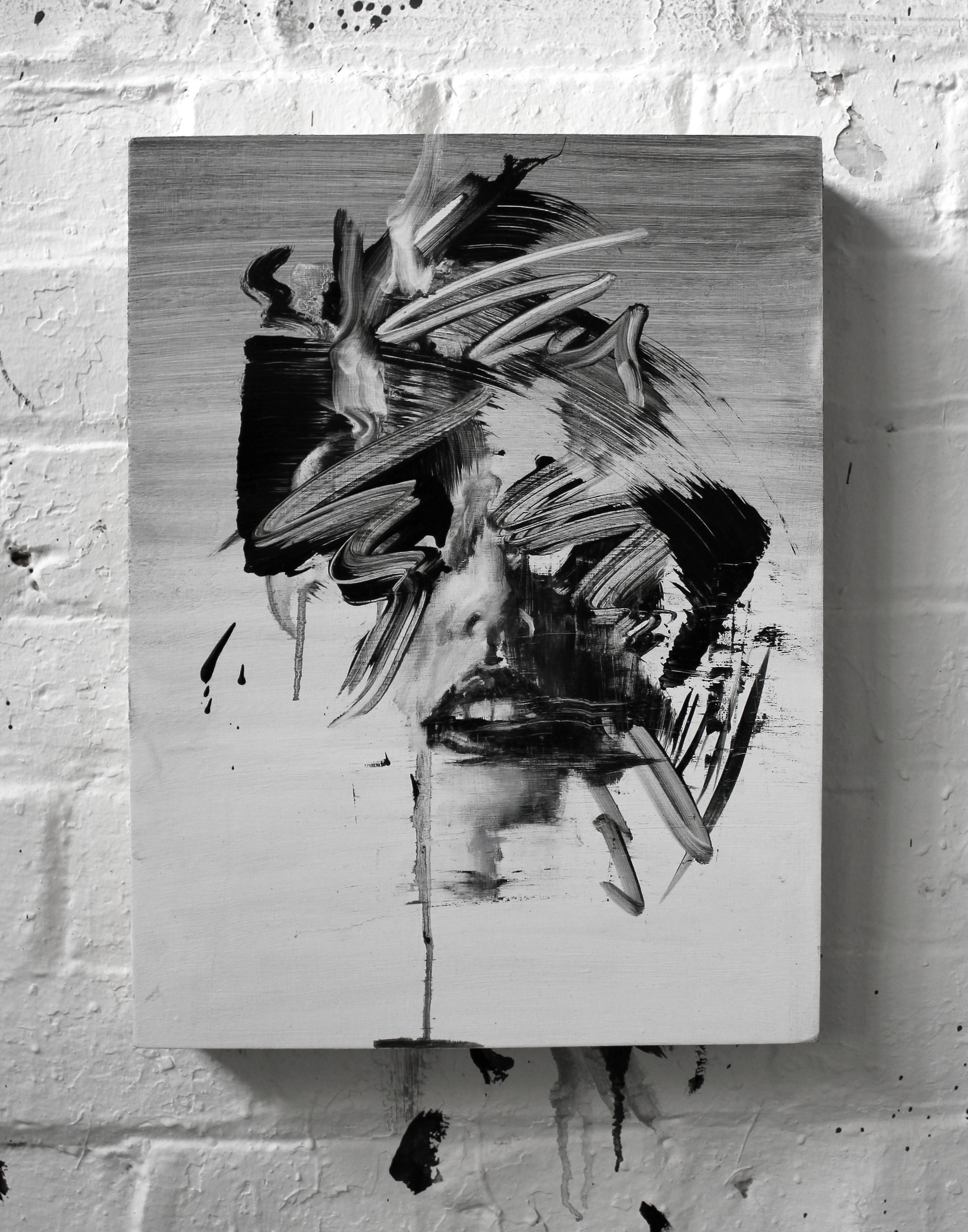 Previous Post: « Chocolate Factory transformed into a Family Home by Architects EAT
Next Post: Eclectic Apartment in Barcelona by Nobohome » 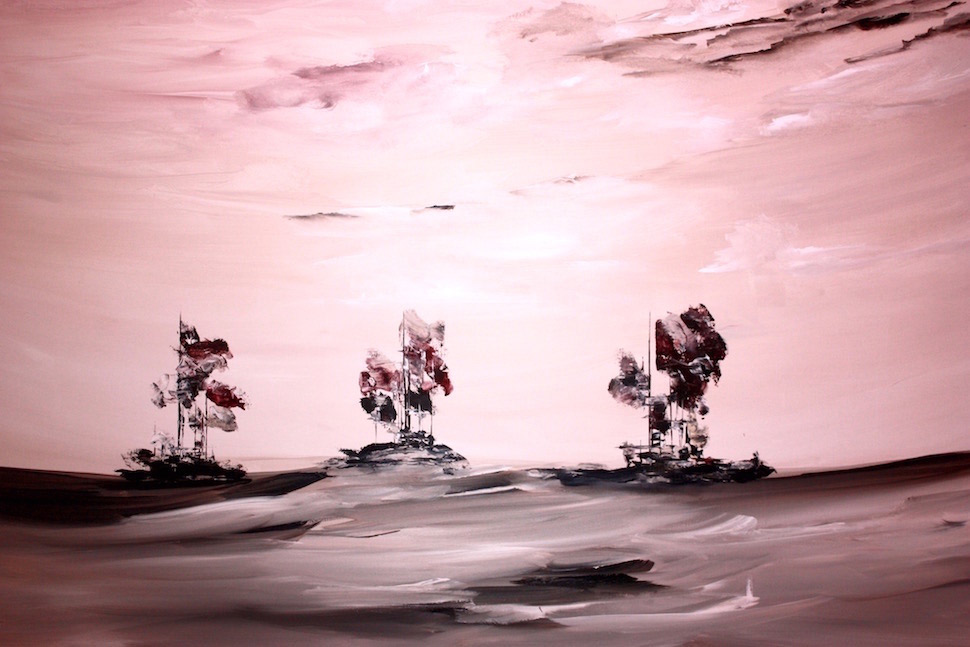